■View Our Gallery→ ■See Our Case Studies→ ■Contact Our Team→

What is a septic tank? If your property isn’t connected to the main sewer system or is located in an area with a poor drainage system you may already know what septic tanks are used for. They are most common in rural areas where they are usually installed underground on the backyard, t they collect and treat wastewater to ensure safe disposal.

But the real question is, are septic tanks the right choice for you? At Pumping Solutions, we have produced a complete guide that we hope answers this question.

How Do Septic Tanks Work?

The sewage treatment process starts when water runs out from the property’s bathrooms or kitchen into the first chamber of the septic tank, through a drainage pipe.

Once inside the container, wastewater will remain there until greases and oils form a layer on the top and solids sink to the bottom.

Curiously, bacteria is what makes this whole process work. The top layer, called scum, is where bacteria will naturally work to break the solids down which will form the layer of sludge at the bottom. What is left in the middle is the watery waste which will flow to the second chamber for further settlement. And finally, the remaining water, which is called the effluent, will later be released down into the earth through an outlet pipe soaking into the ground for further treatment.

This process may vary depending on a few factors such as how many chambers the system has and the type of bacteria in place. 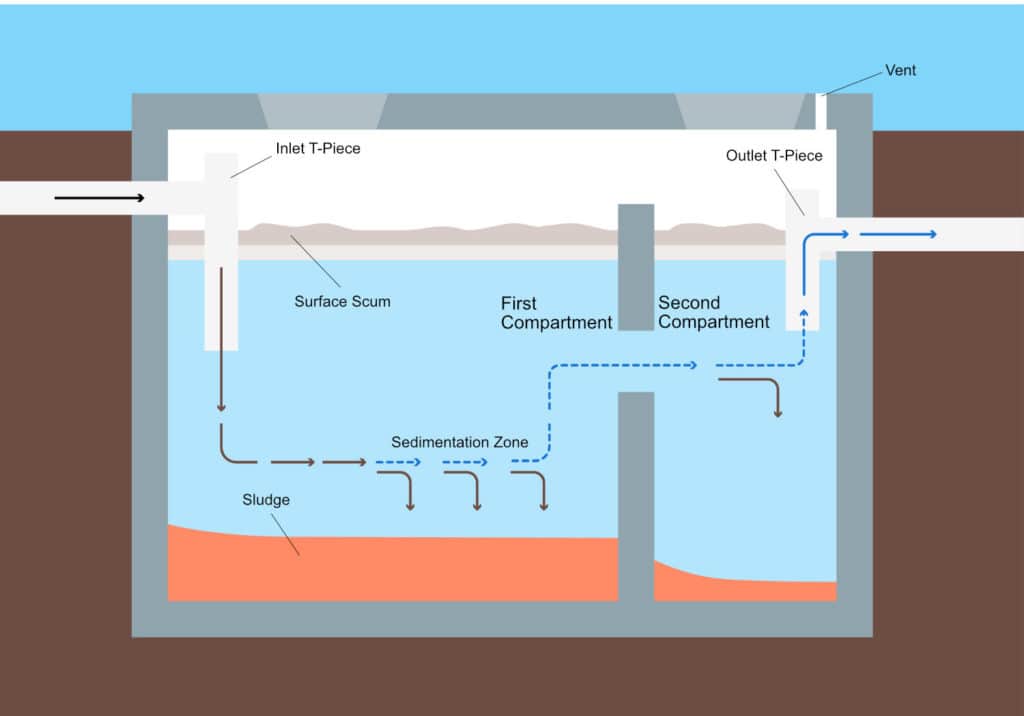 What Are The Different Types Of Septic Systems?

septic systems traditionally work with an absence of oxygen, that is, with anaerobic bacteria. This type of system is more affordable and required less maintenance than aerobic septic systems. Yet, they can produce a rotten egg-like smell and they do need to be emptied often. In addition to the smell and inconvenience of having them emptied regularly, the effluent from septic tanks must be released to a drain away for further treatment, rather than being released straight into a body of water.

aerobic systems require pumps to allow for the flow of oxygen into the tank and whilst they’re more expensive aerobic systems are less harmful to the environment. The aerobic bacteria that is cultivated in aerobic sewage treatment systems does a better job of breaking down harmful bacteria and can, therefore, be released directly into the environment. Aerobic systems require electricity to work and they also require servicing, however, they don’t require a soakaway and they need to be emptied less often.

Are Cesspools And Septic Tanks The Same?

The straight answer is no. Cesspools simply store sewage and don’t treat it nor release it into the environment. For this reason, they need to be emptied on a regular basis which is very costly. They use to act as an extra pit for septic tanks but they are no longer very common due to their impracticality. 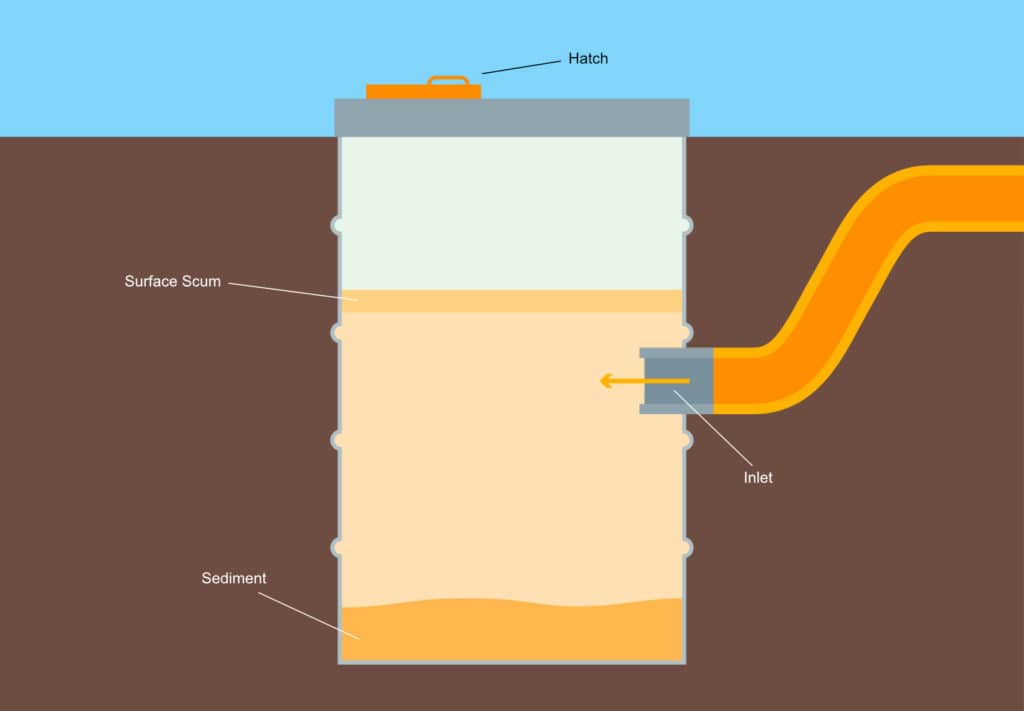 Is There A Better Solution To Septic Tanks?

Septic tanks are great if you would like a reliable system to deal with your waste requirements and you don’t mind the inconvenience of having it emptied more often and the potential for bad smells.

There is however another option you can consider; a sewage treatment plant. Ultimately they serve the same purpose, the difference lies in the process which we have described in a previous post.

You will find that the main distinction between the two is the overall cleanliness of the affluent and lower maintenance requirements of sewage plants.

For further advice on your sewage treatment options get in touch with our friendly team at Pumping Solutions.

Find this article useful? Find more posts like it in our blog or check out our sevices page to see how we can help you!

Get In Touch With Pumping Solutions